Instructional videos are a big deal – arguably one of the most useful ways in which video on the web has evolved. Need to tie a bow tie? Rewire a plug? Cook Yorkshire puddings? Chances are you can find a video to show you what to do.

Quality control however is non-existent, and although you might find a polished video that’s fun to watch and features an articulate presenter, you’re just as likely to end up watching a blurry video shot on someone’s phone that jumps about and features heavy breathing and unclear narration.

Yodomo is a startup that wants to change all that, working with creators and artists to develop a range of how-to video series that are beautiful as well as practical.

Yodomo approached Happen when they had the opportunity of filming a series of videos with the brilliant cook and food writer Sabrina Ghayour. The brief was to record some friendly advice on entertaining with food as well as demonstrate some recipes from Sabrina’s new book Feasts.

Over two days we shot material for a course of ten videos, culminating in the creation of three delicious recipes: Beer roasted pork, Burrata with pomegranate seeds and Fig and Honey Millefeuille.

On set with us were Yodomo founder Sophie Rochester (seen below with the finished feast), stylist Kathrin McCrea and home economist Udo Reicheltschaurer as well as the star of the show, Sabrina herself. 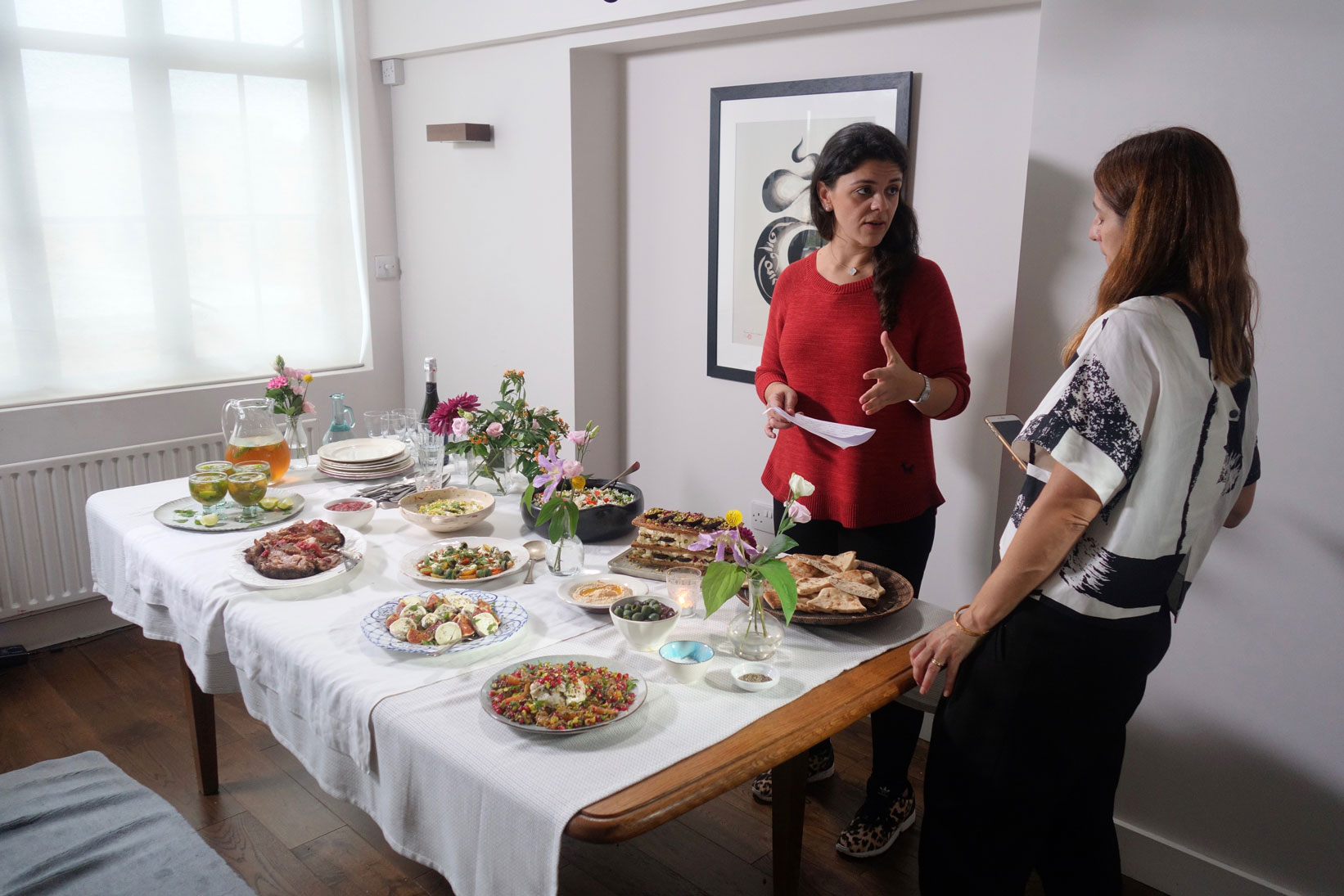 Two days was an ambitious schedule and so we shot all the recipes on two cameras to give us options in the edit – ideally it would have been nice to have another angle as well. You can never have too much coverage when you’re trying to capture a process like following a recipe.

We’re all so used to watching cookery programmes on TV where the food is the real star of the show – and the challenge on this job was trying to make the most of Sabrina’s delicious recipes on a relatively modest budget. With careful lighting and a good relationship with both the client and the talent, we were able to help Yodomo create a Feast of a video series, and one that we’re all very proud of.